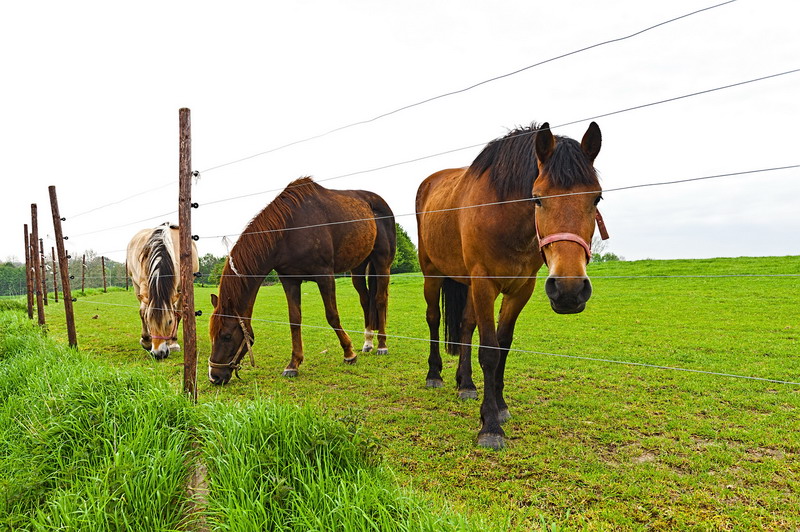 Have you heard about the bear in Italy that escaped captivity by scaling three electrified fences? Italian journalists are calling the bear everything from ‘amazing’ to ‘genius’ and an ‘escape artist’. Unfortunately, the headlines are raising doubts about whether or not electrified fencing really works. It does, even though Italy’s amazing bear managed to get away.

Most of what constitutes electrified fencing in the U.S. pertains to farming and cattle ranching. When a company like Ohio-based Mytee Products sales electrified fencing wire and energizers, the customer is almost always a farmer or rancher. Customers are trying to keep cattle in and predators out. That’s quite different from keeping a wild bear in captivity.

The little bit we know from Italy makes the bear in question seem pretty outstanding. The bear was originally caught because authorities believed it posed a safety threat to local residents. According to multiple news sources, the pen into which the bear was placed has previously housed other wild bears without issue. Unfortunately, that’s about all we know.

News reports say the bear climbed over three electrified fences to make his daring escape. But we don’t know how those fences were constructed. They certainly weren’t the same kinds of fences ranchers build to keep their cattle in the field. Such minimalist fences would never support a bear’s weight. It’s more likely the Italian fences are chain-link fences with supplemental electrification.

There is also some speculation that the electrified portion of the fencing was not operational at the time of the escape. If that’s not the case, then the bear apparently didn’t mind being zapped. Therein lies the difference. Cattle do mind being zapped, which is why electrified fencing works to keep them in.

It’s All about Psychology

Ensuring that cattle keep their distance is a matter of tapping into their psychology. Ranchers specifically want to focus on the psychology of cattle habits. Why? Because cattle are very habitual creatures. If you can train them to do something, they will do that thing in perpetuity.

Ranchers train cattle to respect electrified fencing by encouraging them to make a decision about it. One popular method is to set up an open-ended section of fence in a temporary training area. You then put cattle on one side of the fence and food on the other. An animals willing touch the fence will experience a brief jolt of electricity that normally repels quite effectively.

At that point, the animal has to make a decision. Either attempt to press through the fence or find a way around. The animal’s natural tendency is to do the latter. Once that way around is found, cattle will no longer go near the fence. They have no need to. With just a few training sessions, cattle will develop a habit of staying away from the fence.

Bear psychology may be completely different. And even if not, it is quite likely that the bear in Italy had never come in contact with electrified fencing before. Its only goal was to get out as quickly as possible. So maybe the animal was willing to put up with the discomfort. Cattle are not likely to do the same. They have no need or desire to escape the field.